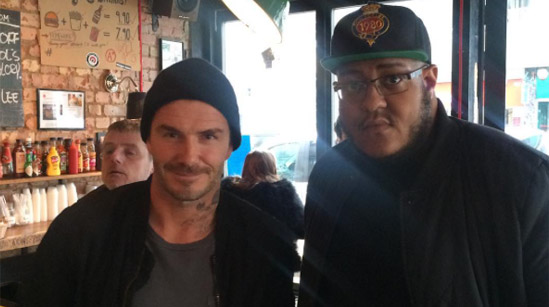 Condiment king ‘Big J’ Jemal Peters grew up in a tough part of London and with a whole deck of difficult cards to play – but he didn’t let his early years determine the person he was destined to become. If you’re experiencing difficulties in your teen years you’ll want to read the rest of this article.

The phrase ‘what doesn’t kill you will make you stronger’ rings true for lots of high achievers. Not allowing yourself to be limited by your surroundings, especially in your teen years, may be one of the hardest things to achieve but it can also bring the biggest rewards because it can help you create amazing resilience. Jemal Peters is the living proof. His “Big J’s Kitchen” range of sauces has created a fortune for Jemal and his family, but his start was harder than most people could imagine.

Jemal’s youth was tough. His father left when he was only seven and then, aged just ten, his mother became seriously ill. This unexpected catastrophe left the family living on benefits and his mum unable to look after her children the way she wanted. Most days Jemal had to go to school with no lunch or money to buy food. He said; “To tell the honest truth, I never really realised until I was older, but not having enough money to go to school with meant I got into trouble because I couldn’t concentrate as I was hungry.”

The spiral downwards led to his own personal rock bottom. He started to dabble in crime and then, on his 16th birthday, he was arrested and spent the day in a police cell. For the next five years, Jemal moved in and out of crime as he tried to find a way to support his family.

The life he was living was unsustainable. It was a dangerous and futile life, and it took a momentous event for things to turn around. For Jemal it was the day his daughter was born when he was aged 21. At that point he had a moment of clarity and he was able to re-assess his priorities.

He realized that his life was no longer only his business. He said that; “… being on the streets puts me at risk of messing up my daughter’s world in so many ways… So I said ‘I’m done with it all’.”

A giant leap in the right direction

Jemal started to build a career in the youth work industry. He was progressing well but in 2012, having realised it wasn’t going to be his dream job, he decided to launch his own business. Jemal set up Big J’s and managed to find his way to the door of Dragons’ Den star, Sarah Willingham. She invested in his business idea, and with her help he has managed to create his own successful food brand.

“Food was always the centre of our household, and was something that brought us together,” he explains.“People are surprised, but one thing that makes the product real is that it’s organic and from the real world, it’s not created by some big corporation,” says Jemal. Big J’s Kitchen sauces are now sold in hundreds of shops, from Selfridges to the Spar chain.

Having turned his life around, Jemal decided to make a difference to others who might find themselves in the same situation he had experienced. A portion of Big J’s annual profits now goes towards helping young offenders, or those at risk of offending, to start their own businesses. “It helps to get us forwards and doing something more,” said Jamal.“We’re putting help back into the community which is where we can make a real difference to the lives of people who wouldn’t ordinarily think about or get a chance to create a business for themselves.”

“Kids think they can only benefit from crime, and so if we can transform their mindset to believe they can do better, it’s worth it.”

Click here to find out more about Big J and his brilliant project for helping struggling teens who might want to become young entrepreneurs.

Do you know of any programmes that have been created to help struggling teens and aspiring young entrepreneurs? Please share in the comments section below.

How Taylor Swift went from ‘undateable’ to teen romance (and how you can do it too)!