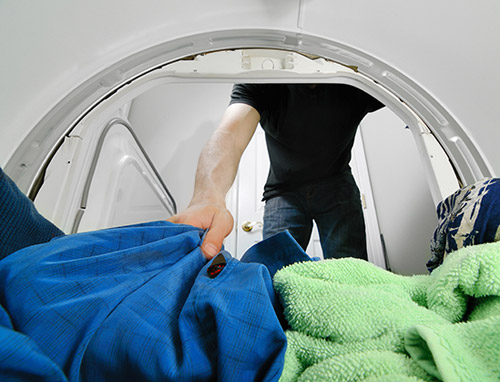 A recent report highlighted the fact that across the globe girls spend 40% more time than boys devoted to chores. Unicef said the difference in time spent working amounted to 160 million extra hours a day worldwide. On the surface, boys might think ‘happy days’, but the real effect is more complicated than that, and it doesn’t benefit young men.

Cambridge University dictionary defines a chore as ‘a job or piece of work that is often boring or unpleasant but needs to be done regularly’. However it might equally say they’re the jobs that everyone will eventually have to do for themselves. For example, your home won’t clean itself, your food won’t cook itself, and your clothes won’t iron themselves, so it’s worth learning those skills early.

We now know that young women do more chores than young men (that 40% figure!), but is domestic work defined by gender or is it simply social conditioning? The latter of course. Plenty of male teens turn up to university able to cook and clean because they were brought up to do so. And their life experiences will probably be far richer for it, even if it means they’re getting their mitts dirty during their teen years.

The average man of the house has increased the amount of time he spends on domestic duties by more than 60 per cent over the past 30 years, according to research. One reason for this might be that over the same period there has been a rise in the percentage of women in employment – now at 67% compared to 76% of men. As such, domestic responsibilities are shared by both genders, which contributes to happier and more supportive relationships

Chores help us contribute to our family and community

Developing domestic skills early in your life will definitely help you. Teens who regularly contribute to chores, might complain at the time, but gain a sense of accomplishment and contribution as they complete tasks. Oscar Williams, 15, has been in charge of the family bins and upstairs vacuuming since he was nine; ‘I hated doing it to begin with but now I really feel like it’s my area. Kit, my older brother, is the same, he has his jobs and I have mine. We both get a sense of pride from doing them well.’ Kit is now at university and is teaching a house full of lads how to get in the habit of independent living.

Chores help you become independent and prepare for careers

Different chores help you develop different skills. Just as great abs are earned by lots of crunches, completing chores helps you work your responsibility muscles, build strong character traits and grow important life skills that will stand you in good stead for your future. Once you transition into work you’ll be greeted with many unforeseen challenges. The more you skills and positive attributes you develop now, the better equipped you’ll be to progress.

Doing chores gives everyone a sense of control so rather seeing them as, well, a chore, try seeing them as a way to take control of one area of your own life. As Oscar says, ‘I feel like I’m in charge – even if it’s only the bins I’m in charge of, it’s really cool that the system is mine and I can change it if I want to’.

Use the comments section below to let us know what chores you do?