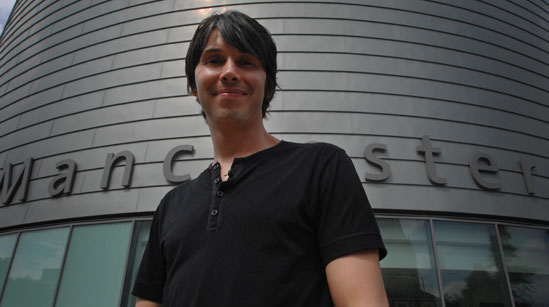 Do you know a teenage geek who’s good at physics and doesn’t think that they’ll ever be the cool one in class? If so, you could be looking at the next science and music superstar because that’s precisely how Professor Brian Cox began his stellar career. Read on if you want to be inspired!

A star is born

Long before he discovered his passion for physics, Brian lived an ordinary childhood near Manchester. His parents both worked in a bank and he inherited an aptitude for mathematics, just a hint of what was to come. Another indicator was the fact that Brian was always willing to try out new things – essential for a curious scientist. His interests as a child included gymnastics, dance and, would you believe it, plane and bus spotting (all that brilliant data!). Aged 12, Brian discovered the book Cosmos by astronomer Carl Sagan. This ground-breaking work explained complex scientific ideas to anyone interested enough to read it.

Despite his flying start, Brian only managed a grade D in his Mathematics at A-level. This he puts down to the fact that he didn’t practice enough before the exam. It’s an easy mistake to make that’s repeated by thousands of students every year. It didn’t stop Brian from catching up on his studies, though, and he won a place at Manchester University to study physics.

Brian’s interest in music was developing alongside his passion for science. It’s a common link and there are lots of examples of science students who take their talent to the top of the iTunes chart. The members of Coldplay all studied science, and Brian May from rock band Queen, studied astronomy at Imperial College, London.

Brian Cox was studying when he helped to set up a band called Dare. He then went on to the dance band D:Ream which scored a massive hit with the song Things Will Only Get Better. “When you’re 18, 19, 20 years old, you’re not thinking: pop music is a waste of my intellect. You’re thinking: this is brilliant,” Brian said. Who can blame him?

But Brian never turned his back on science. He continued his brain-stretching work as a physicist at Manchester University and started to present TV programmes. Then, in 2010, Brian Cox emerged as the biggest ever pin-up scientist on the BBC with his series Wonders of the Solar System. It turned him into a household name, and physics into a seriously cool subject.

GQ Magazine has since ranked Brian as the 11th most influential British man and UCAS, the charity in charge of college admissions, reported that applications to university physics courses increased by 52 per cent between 2008 and 2012. Newspapers have gone on to call this, ‘The Brian Cox Effect’.

Have you been inspired by a scientist or someone else that was once a teen geek? If so, please share their name in the comments section below.

Image credit: The University of Manchester Schools and Colleges via Wiki Commons

How Taylor Swift went from ‘undateable’ to teen romance (and how you can do it too)!